Campaign of the Month: August 2019

Into the Gathering Dark

While accompanying Aedan Hunt back to Denerim to complete some last minute preparations for the planned spider hunting expedition Dain is accosted by another dwarf who informs Dain that his sister is in need of help. Dain sends Aedan Hunt on his way, promising to reunite with the rest of the group once they return.

Following the summons leads Dain to the Carta base and an audience with Ronus. It soon becomes clear that Ronus has more work that Dain is obliged to accept if he doesn’t want to jeopardize his sister’s safety. Dain is joined by Urist, Durgen, and Durik. On his way to Denerim Durik encountered the bodies of two dead dwarves who he recognised as Carta members. Ronus informs the group that these dwarves were accompanying a shipment that has gone missing. Some weapons that were part of the shipment were recently sold by Gustav de Chevain, an Orlesian merchant. Ronus instructs the group to investigate Gustav’s business to determine whether he is responsible for the theft of Carta property. Ronus is particularly interested in retrieving a dragon statue that is due for delivery to one of his customers. Ronus also has some useful information on Gustav. Apparently, he has a liking for exotic creatures. The fact that Urist deals in nugs could prove useful. Gustav also employes a dwarf, Witred, as overseer at his warehouse. He may be able to be of assistance. One further piece of advice Ronus has to offer is that the group should make any moves that they are planning tonight. He hints that something else will keep the City Watch distracted. 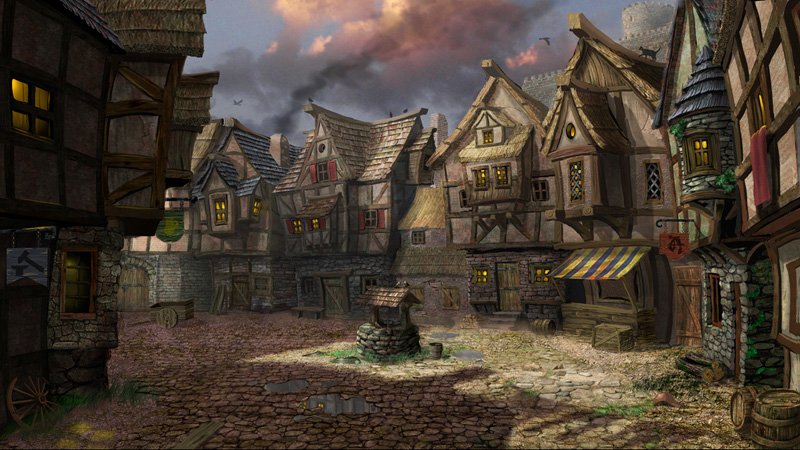 Armed with that information the group sets out to find Witred. They soon find the warehouse, which turns out to be the very same one that burned down recently. Some workers are trying to look busy clearing out the last remains of the building but there is no sign of Witred. Questioning the workers reveals that Witred has been given accommodation in Gustav’s house. Armed with directions, the party sets out to take a closer look at their mark’s residence.

Gustav de Chevain‘s house is well situated in the Merchant Quarter. The group observes a woman, apparently a servant at the house, returning from the market and ask her about Witred. She turns out to be the cook and although she doesn’t seem to be too fond of Witred eventually invites his supposed friends into the kitchen.

Witred appears to be still asleep and the group strike up a conversation with the elven maid, Elora, who is tending the kitchen garden. Dain notices stairs leading from the back yard down into the basement and can’t resist the temptation to take a look. The lock on the door is easily picked. Apart from some food stores, the most striking feature of the cellar is a collection of mostly empty wine racks lining the walls. Further inspection reveals that one of the few remaining bottles hides a mechanism to open a secret door. The hidden room is filled with empty cages and a single wooden crate. Inspecting the crate, Dain finds a stash of lyrium dust. Taking a sample as evidence, Dain hurries back upstairs as he realises that the conversation in the backyard has stopped.

Upstairs, Witred has appeared in the kitchen and Urist, Durgen, and Durik have managed to convince him that they are drinking companions from a previous night who have come to uphold their end of a lost wager. 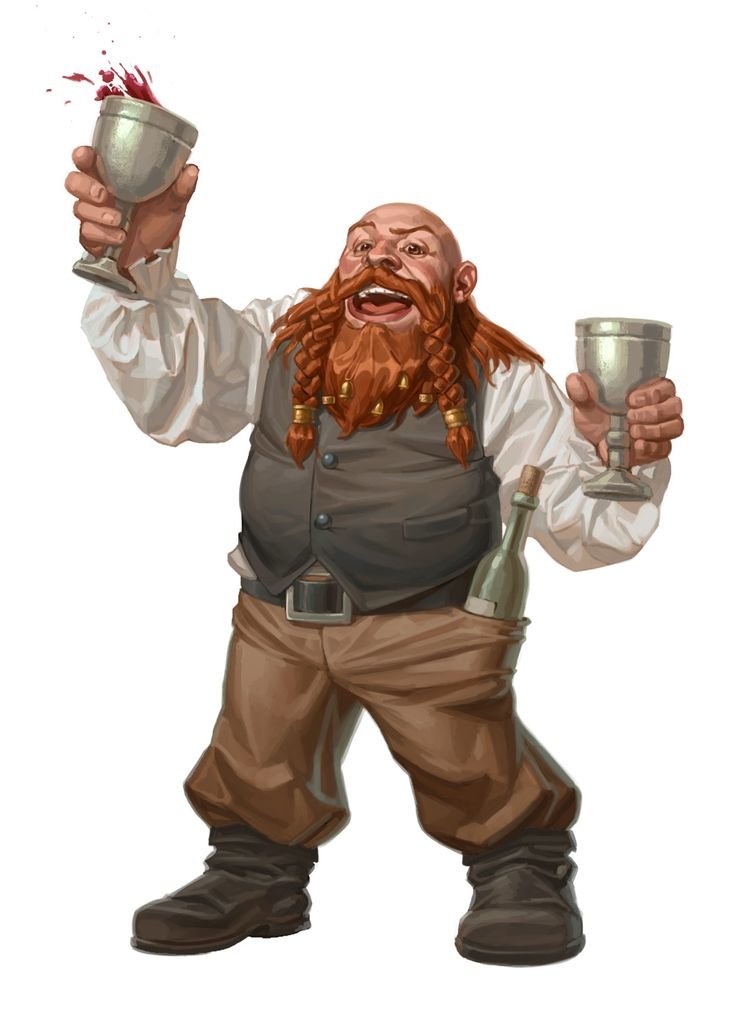 Witred takes the group to the Boar’s Head Tavern, where heavy drinking ensues. WItred proves to be much better at holding his liquor than the rest of them. Nevertheless, he lets slip some useful information. Gustav employes four guards that Witred likes to play dice with. He intends to get them into another dice game tonight. Asked about the warehouse fire Witred mentiones that they had just received a large shipment of ryot but doesn’t know anything about a werewolf. When Urist brings up nugs and the possibility of selling them to Gustav, Witred is happy to make the connection and the party agrees to return at night with nugs to offer for sale.

The rest of the day is spent retrieving the cart from the Arl’s estate, decorating it to look more like a nug merchant’s, a brief progress report to Ronus, and sobering up.

At sunset the group, armed with a few cages of nugs and their wagon, returns to Gustav’s house. Introducing themselves as Witred friends offering nugs for sale, they are led into the sitting room where they are met by Étienne, Gustav’s secretary. Apparently Gustav considers nug feet a delicasy and Étienne is very interested in aquireing some nugs to surprise his master. As he goes upstairs to retrieve the payment. [[:dain] and Durgen follow him silently. While Étienne enters a room on the first floor the two dwarves continue further up. There is a close call as they almost blunder into the servant’s sleeping quarters on the third floor but they manage to remain undetected. Exploration of the second floor proves more fruitful. Dain and Durgen discover what appears to be Gustav’s bedroom and study. The study yields some interesting correspondence. A chest contains some coins, a small pouch and a dragon statue. The two dwarves take the statue, leaving the rest untouched.

Downstairs, Urist and Durik try to delay the end of negotiations by letting nugs escape and chasing them around the room.

Meanwhile noises coming from Gustav’s bedroom upstairs suggest that the merchant is turning in for the night. Dain and Durgen confront him and force him at knife point to agree to come with them to deliver the lyrium to Ronus. On the way down they run into Étienne on the stairs and the guards emerge from a room on the first floor. Eventually the four dwarves are allowed to leave with Gustav, under the condition that Durgen stays until Gustav’s save return. 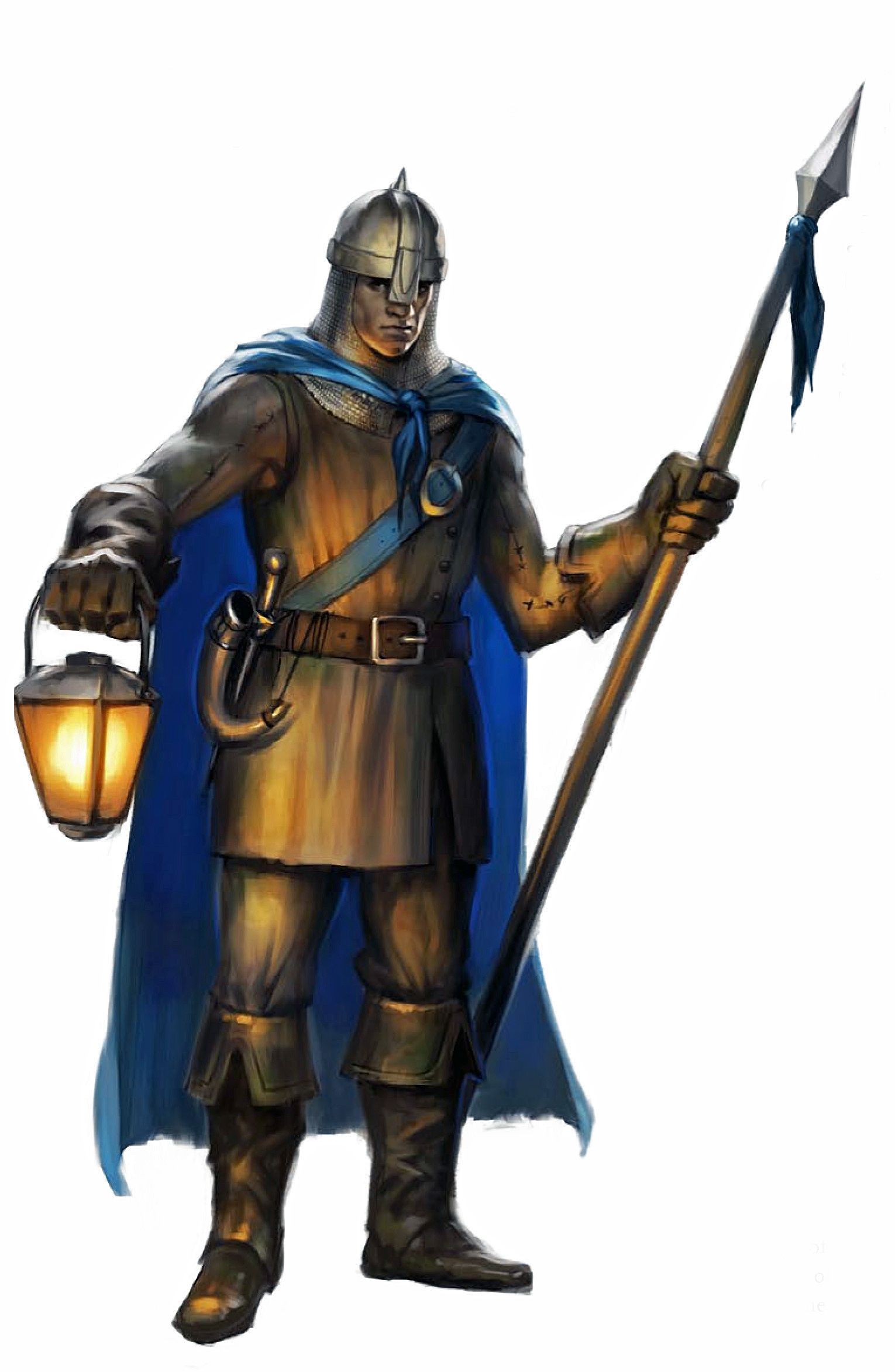 With Gustav and the lyrium savely stored in the back of the wagon the remaining three dwarves set out to return to the Carta base. It quickly becomes apparent that something is happening in the city as large numbers of guards are moving through the streets. Using side streets to avoid drawing unwanted attention the party narrowly avoids a run-in with Black Lotus thugs. Finally safely across the river they are forced to stop by a commotion surrounding the Pearl. Some fires are burning and guards have blocked off the road. One guard approaches and is instantly suspicious when he realises that the cart is occupied by dwarves. They are told to move to the side and wait. Durik and Urist distract the guard to give Dain an opportunity to remove the lyrium from the cart and disappear into an allyway from where he starts to make his way on foot to the Carta tavern. While the others continue to argue with the guard Gustav is left unsupervised and manages to leave the cart and approach one of the other guards. Durik and Urist successfully talk their way out of a tight spot and not only convince Gustav to return to the cart but also get permission to leave.

While they continue through backstreets towards their destination the two dwarves run into a group of Carta dwarves fighting with well armed Black Lotus thugs. They intervene to turn the tide but two of the Carta members are slain.

When the group finally arrives at the Carta base there is clear evidence of the nights fighting. Many dwarves are injured and several dead bodies have been arranged in a back room. As Urist and Durik prepare to report to Ronus they are joined by Dain and soon after by Durgen, who managed to escape, taking advantage of a guard change at Gustav’s house.

Gustav denies all knowledge of the attack on the Carta shipment but admidts to buying a shipment of ryot that concealed the lyrium, dragon statue and weapons after receiving an anonymous tip. He claims to be unaware of the identity of the Fellow Patriot who’s letters the group found in his study. Eventually, Ronus agrees to let Gustav go, under the condition that he replace his guards with Carta members.

I'm sorry, but we no longer support this web browser. Please upgrade your browser or install Chrome or Firefox to enjoy the full functionality of this site.